Bill Hader is an American actor, comedian and writer who was a cast member of Saturday Night Live from 2005 to 2013. He has also starred in Cloudy with a Chance of Meatballs, Superbad, Hot Rod, Tropic Thunder, Adventureland, Paul, Forgetting Sarah Marshall, Night at the Museum: Battle of the Smithsonian, Inside Out, Star Wars: The Force Awakens, The BFG and as adult Richie Tozier in It – Chapter Two. In 2018, Hader co-created (with Alec Berg) and began starring in the HBO dark comedy series Barry, for which he received eight Primetime Emmy Award nominations as producer, writer, director, and actor. He won Emmys for Outstanding Lead Actor in a Comedy Series in both 2018 and 2019 and received consecutive nominations for Outstanding Comedy Series, Outstanding Directing for a Comedy Series and Outstanding Writing for a Comedy Series for its first two seasons. Hader voices the character Fear in the 2015 Disney film Inside Out and Gazelle in Ice Age: Dawn of the Dinosaurs. 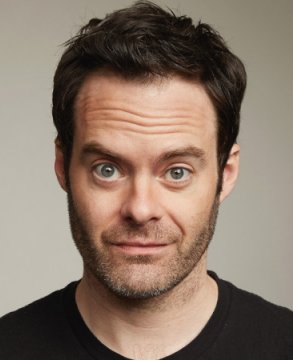 Born Thomas William Hader on June 7, 1978 in Tulsa, Oklahoma, to parents Sherri and William Thomas Hader, he is of German, Danish, Irish, and English descent. Hader moved to Los Angeles to join numerous comedy troupes before being discovered by Saturday Night Live. Hader married Maggie Carey in 2006 and the couple had three daughters together before divorcing in 2017. In 2019, Hader briefly dated actress Rachel Bilson.