Sierra McCormick is an American actress. She is best known for her roles as Olive Doyle in the Disney Channel television series A.N.T. Farm (2011–2014), Moira in the horror indie film Some Kind of Hate (2015) and Fay Crocker in the science fiction film The Vast of Night (2019). She played Susan Kushner in the 2010 comedy film Ramona and Beezus. From 2011 to 2014, McCormick portrayed Connie Thompson in the sitcom Jessie. 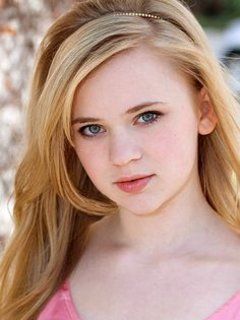 Born Sierra Nicole McCormick on October 28, 1997 in Asheville, North Carolina, McCormick moved to Los Angeles, California with her parents and her younger sister Kayla. McCormick first achieved fame for participating on the game show Are You Smarter Than a 5th Grader? before making her acting debut with a recurring role as Lilith on the television series Supernatural. From February 2014 to July 2014, McCormick was romantically linked with her A.N.T. Farm co-star, Jake Short.

Sierra McCormick Facts:
*She was born on October 28, 1997 in Asheville, North Carolina, USA.
*She began performing in film and television at a young age.
*She played Olive Doyle on the Disney Channel teen sitcom A.N.T. Farm from 2011 to 2014.
*Her acting idols are James Franco, Natalie Portman, and Ellen Page.
*She has a dog named Annie, and a cat named Zazzles.
*She is best friends with Ireland Shea.
*Follow her on Twitter and Instagram.