Blanchard Ryan is an American actress. She is best known for her role as Susan Watkins in the 2003 film Open Water, for which she won the 2004 Saturn Award for Best Actress. She has also appeared in the films Super Troopers, It’s Complicated, Beerfest and The Brooklyn Heist. In 2000, Ryan appeared in an episode of Sex and the City. Born Susan Blanchard Ryan on January 12, 1967 in Boston, Massachusetts, to parents Ron and Brenda Ryan, she was raised in Andover. Ryan attended Andover High School and graduated from the University of New Hampshire with a BA in Political Philosophy. Having graduated from University of New Hampshire, she worked at MTV in the special effects department, and took acting and improve classes. She was married to Neil Little but the couple divorced. 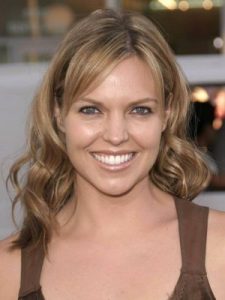 Blanchard Ryan Facts:
*She was born on January 12, 1967 in Boston, Massachusetts, USA.
*Her full name is Susan Blanchard Ryan.
*She grew up in Andover.
*She uses her middle name because Susan Ryan was already taken in SAG.
*Follow her on Twitter, Facebook and Instagram.