Debbie Gibson is an American singer-songwriter and actress who became the youngest person to write, produce, and perform a #1 single on the Billboard Hot 100, with her song “Foolish Beat”. Gibson’s debut album Out of the Blue (1987), received favorable reviews from music critics and sold more than 3 million copies in the United States (3 times platinum by RIAA) and 5 million copies worldwide. Her double-platinum second album Electric Youth (1989), gave Gibson another U.S. number-one hit with “Lost in Your Eyes”. This album became the highest-charting album of Gibson’s career, staying at the top of the US Billboard 200 albums chart for five weeks, and reaching number 8 on the UK Albums Chart. As an actress, Gibson played Eponine in the 1992 Broadway production of Les Misérables and Sandy in the London West End production of Grease. She also made a cameo appearance in the 2012 movie Rock of Ages in the (“We’re Not Gonna Take It”/”We Built This City”) face-off. Born Deborah Ann Gibson on August 31, 1970 in Brooklyn, New York, to parents Diane and Joseph Gibson, she got her start in the entertainment industry at a young age. Gibson graduated with honors from Calhoun High School in Merrick, New York. 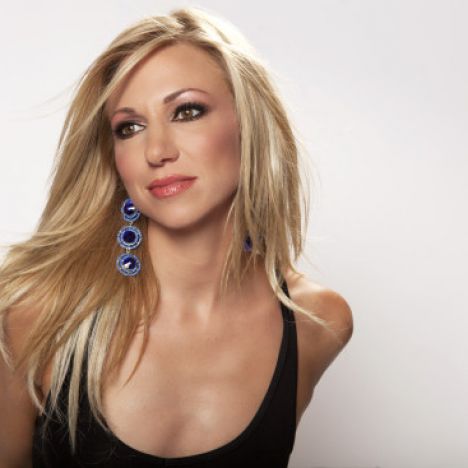 Debbie Gibson Facts:
*She was born on August 31, 1970 in Brooklyn, New York, USA.
*She composed her first song at age five.
*She studied piano under American pianist Morton Estrin
*Her debut single “Only in my Dreams” was voted 95th on VH1’s 100 Greatest Songs of the 80s.
*Her debut album Out of the Blue (1987) went certified triple Platinum.
*She is childhood friend of Ricki Lake.
*She was once engaged to Jonathan Kanterman.
*Visit her official website: www.debbiegibsonofficial.com
*Follow her on Twitter, YouTube, Facebook and Instagram.