Bradley Steven Perry is an American actor. He is best known for his portrayal of Gabe Duncan on the Disney Channel family sitcom Good Luck Charlie, and for his role as Roger Elliston III in Disney’s High School Musical spin-off film Sharpay’s Fabulous Adventure. Perry played Jack Parker in the 2014 TV movie Pants on Fire and starred as Kaz in the Disney XD original series Mighty Med. Born Bradley Steven Perry on November 23, 1998 in California, to parents Emery Emannuel and Kimberly Perry, he has three older sisters. Perry began his professional acting career at the age of 8 with small roles in the films Choose Connor, and Magnificent Max. He he made his television debut with a guest-starring role on the CBS crime-drama Without a Trace. From 2014 to 2015, He dated actress Sabrina Carpenter. 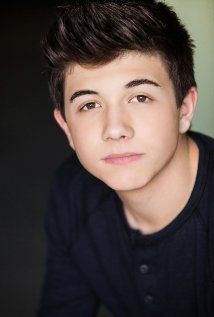 Bradley Steven Perry Facts:
*He was born on November 23, 1998 in California, USA.
*He was homeschooled on the set of Good Luck Charlie and plays on a local baseball team in his free time.
*He was nominated for a Young Artist Award for Best Performance in a TV series for Good Luck Charlie in 2011 and 2012.
*He is an avid fan of the Boston Red Sox and the New England Patriots.
*He has a dog named Gidgit.
*Follow him on Twitter and Instagram.