Craig Conover is an American actor and reality television personality, best known for being a cast member on the Bravo TV series Southern Charm. Born on February 9, 1989 in Fenwick Island, Delaware, to parents Craig and Martha Foster Conover, he has a brother named Christopher. In 2009, Conover graduated from the College of Charleston with a degree in Finance and later graduated from the Charleston School of Law. 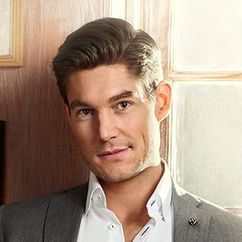 Craig Conover Facts:
*He was born on February 9, 1989 in Fenwick Island, Delaware, USA.
*He did his schooling from Indian River High School.
*He won a National Championship in his high school business competition.
*He has been in a relationship with fellow Southern Charm star Naomie Olindo.
*Follow him on Twitter, Facebook and Instagram.