Mark Tuan is a South Korea based American rapper, singer, songwriter and model. He is best known as a member of the Korean boy group Got7, under JYP Entertainment. The group debuted in January 2014 with the release of their first EP Got It?, which peaked at #2 on the Gaon Album Chart and #1 on Billboard’s World Albums Chart. The EP’s lead single “Girls Girls Girls” peaked at #21 on the Gaon Singles Chart. He appeared on the television program Who is Next: WIN. 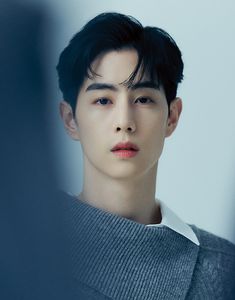 Born Mark Yien Tuan on September 4, 1993 in Los Angeles, California, to parents Dorine and Raymond Tuan, he spent a number of years in Brazil and Paraguay. He is of Taiwanese descent, and has two older sisters named Tammy and Grace and one younger brother named Joey. Tuan was educated at Arcadia High School in Arcadia, California.

Mark Tuan Facts:
*He was born on September 4, 1993 in Los Angeles, California, USA.
*His parents are Dorine Tuan and Raymond Tuan.
*He took violin and piano lessons in elementary school, and moved to guitar in junior high school.
*He made his official debut with the group GOT7 in January 2014.
*He is fluent in English, Japanese, and Korean and a bit of Mandarin.
*Follow him on Twitter.