Brenda Strong is an American actress of television and film. She is most famous for her portrayal of Mary Alice Young in the ABC sitcom Desperate Housewives (2004–2012), for which she was nominated for two Emmy Awards. She played Ann Ewing in the TNT prime time soap opera, Dallas from 2012 to 2014. Her other well-known television credits include Supergirl, 7th Heaven, The Court, Fear The Walking Dead, Blood Relatives, and 13 Reasons Why. Strong has also appeared in the films Terror Tract (2000), Teddy Bears’ Picnic (2002), Exposed (2003), The Kid & I (2005), A Plumm Summer (2007), Ocean of Pearls (2008), You (2009), Teacher of the Year (2014), and The Leisure Class (2015). Born Brenda Lee Strong on March 25, 1960 in Portland, Oregon, she was raised in Brightwood. In 1978, she graduated from Sandy High School in Sandy, Oregon. She later moved to Arizona and graduated with a degree in Musical Theatre from Arizona State University. After graduating from Arizona State University, she made her career debut with Mel Brooks’ Spaceballs and Aaron Sorkin’s Malice. She won the 1980 Miss Arizona beauty pageant before she started her acting career. She married Tom Henri in 1989, and the couple had a son named Zakery Henri in 1994 before getting divorced in 2013. In May 2015, She married her longtime boyfriend John Farmanesh-Bocca following a four month-long engagement. 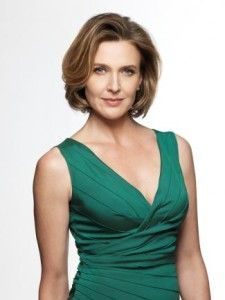 Brenda Strong Facts:
*She was born on March 25, 1960 in Portland, Oregon.
*She was crowned Miss Arizona 1980.
*She is also a certified yoga instructor and fertility expert.
*Follow her on Twitter and Instagram.