Australian-born journalist and anchor who is currently serving as senior political correspondent and anchor for CNN in the Washington, D.C. bureau. Previously, Keilar worked as a White House correspondent, Congressional correspondent and general assignment correspondent for CNN in Washington. Before that, Keilar worked at CNN Newsource as a national correspondent, also in Washington. In November 2018, she began hosting CNN Right Now with Brianna Keilar. Born Brianna Marie Keilar on September 21, 1980 in Canberra, Australia, her father, Glenn Keilar, is Australian, and her mother, Miriam Allen Keilar, who died on May 17, 2016, was American. When she was 2, Keilar moved with her family to Orange County, California, in the United States. She graduated from Mission Viejo High School in 1998, and graduated Phi Beta Kappa in 2001 with dual bachelor’s degrees in Mass Communications and Psychology from the University of California, Berkeley. She has been married to Fernando Lujan since 2016. They have a son together. She was previously married to Dave French. 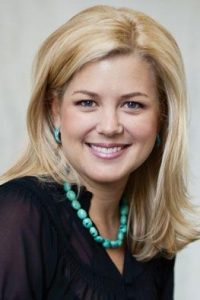 Brianna Keilar Facts:
*She was born on September 21, 1980 in Canberra, Australia.
*Her father is Australian, and her mother was American.
*Her family moved to the United States when she was just two years old.
*She earned her two college degrees at the University of California, Berkeley.
*She joined CNN as a correspondent for CNN Newsource.
*Follow her on Twitter, Facebook and Instagram.