Belgian singer and songwriter who rose to fame in 2009 with his song “Alors on danse” (from the album Cheese), which became a number one in several European countries. Stromae’s second album, Racine carrée (2013), achieved remarkable success, selling 2 million copies in France alone and nearly 600,000 units elsewhere. It’s first single “Papaoutai” went on to chart number 1 in Belgium and France, number 2 in the Netherlands, as well as number 7 in Germany and Switzerland. He won an Artiste masculin Francophone Award at the NRJ Music Awards in 2014. Born Paul Van Haver on March 12, 1985 in Etterbeek, Brussels, Belgium, to parents Miranda Van Haver and Pierre Rutare, Stromae and his siblings were raised by their mother, as his father was killed during the 1994 Rwandan genocide, while visiting his family. He has been married to Coralie Barbier since 2015. 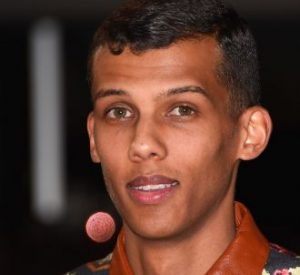