Bridgit Mendler is an American actress and singer-songwriter. She is best known for television roles such as Juliet van Heusen in Wizards of Waverly Place, Teddy Duncan in Good Luck Charlie, Candace in Undateable, and Emmy Quinn in Merry Happy Whatever, as well as film roles such as Pamela Jones in Alice Upside Down, Kristen Gregory in The Clique, Emma Clayhill in Labor Pains, Becca Kingstonin in Alvin and the Chipmunks: The Squeakquel and Labor Pains. She provided the voice of Thorn in the 2006 video game Bone: The Great Cow Race. In 2012, Mendler released her platinum debut studio album, which featured the top 40 hit song “Ready or Not.” 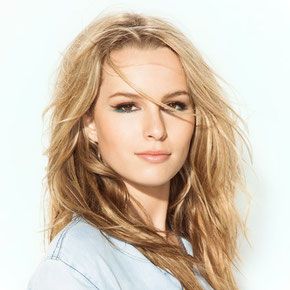 Born Bridgit Claire Mendler on December 18, 1992 in Washington, D.C., to parents Leah and Harry Mendler, she has a younger brother named Nick. At the age of eight, Mendler began taking part in local roles in both dramatic and musical theatre, and became the youngest performer in the San Francisco Fringe Festival. She married Griffin Cleverly on October 18, 2019. She previously dated singer and actor Shane Harper.

Bridgit Mendler Facts:
*Born on December 18, 1992 in Washington, D.C., she is of German, English, Scottish, French, and Irish descent.
*She moved to Mill Valley, California at age eight.
*She was nominated for a 2010 Teen Choice Award for Breakout TV Female Star for her superior performance on Good Luck Charlie.
*Her debut single, “Somebody” debuted and peaked at number 89 in the US Billboard Hot 100 and sold 6,000 copies in the first week in the United States according to Nielsen SoundScan.
*She is the niece of American psychologist Christine Blasey Ford.
*Follow her on Twitter, YouTube, Facebook and Instagram.