Pauly D is an American reality television personality and DJ, best known as a cast member of the MTV reality show Jersey Shore. He is the first of the Jersey Shore cast to get his own spin-off show, The Pauly D Project. In January 2012, DelVecchio released his first single of debut album, called “Back to Love”, featuring British singer Jay Sean. 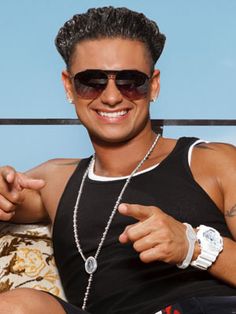 Born Paul D. DelVecchio Jr. on July 5, 1980 in Providence, Rhode Island, to parents Paul D. DelVecchio Sr. and Donna DiCarlo DelVecchio, he has a sister named Vanessa. Pauly D attended Johnston High School, idolized DJ AM, and worked as a local DJ until Jersey Shore contacted him through Myspace. He has a daughter named Amabella Sophia. He is in a relationship with Nikki Hall since 2020.