Brielle Barbusca is an American actress. She is known for her role as Jaden Kagan in the comedy-drama television series The Starter Wife, and had a recurring roles in Royal Pains and Hope & Faith. Barbusca has also appeared in The Wonder Pets, Hitch, Modern Family, Law & Order, Grave Secrets, and The Forgotten. Born on November 2, 1998 in Toms River, New Jersey, to parents Louie and Debra Lynn Barbusca, she is of Italian descent. Her younger brother, Thomas Barbusca, also became an actor. She has been dating actor Ethan Cutkosky since 2015. 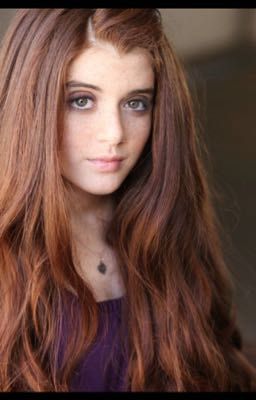 Brielle Barbusca Facts:
*She was born on November 2, 1998 in Toms River, New Jersey, USA.
*She was discovered at the age of 3 by a talent manager who noticed her picture in her uncle’s restaurant.
*She made her television debut in Queens Supreme.
*She has appeared in commercial and print campaigns for Coke, Apple, Mattell, and Netflix.
*She divides her time between New York City and Los Angeles.
*Follow her on Twitter and Instagram.