Bristol Palin is an American public speaker and reality television personality. She is best known for being the daughter of 2008 Republican U.S. vice president candidate Sarah Palin, and her appearances in the reality dance competition, Dancing with the Stars. She competed in the fall 2010 season of Dancing with the Stars, and finished 3rd place. She released a memoir “Not Afraid of Life: My Journey so Far” in the summer of 2011. Born Bristol Sheeran Marie Palin on October 18, 1990 in Wasilla, Alaska, USA, to Todd and Sarah Palin, she is of Dutch and English descent on her father’s side, and of German and Irish descent on her mother’s side. Her siblings are Track, Willow, Piper and Trig. Palin is a 2009 graduate of Wasilla High School. She has been married to Dakota Meyer since June 7, 2016. They have two daughters, Sailor and Atlee. She was previously in a relationship with Levi Johnston from 2010 to 2010, with whom she had a son, Tripp Easton Mitchell Johnston born in 2008. 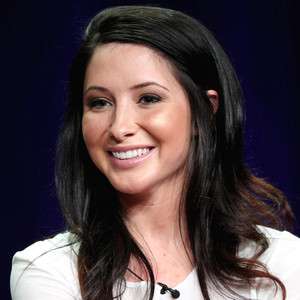 Bristol Palin Facts:
*She was born on October 18, 1990 in Wasilla, Alaska.
*She’s a daughter of well known Republican politician and former governor of Alaska, Sarah Palin.
*She appeared on The Secret Life of the American Teenager in 2010.
*She was named after the Bristol Inn where her mother worked.
*Follow her on Twitter and Instagram.