Glaiza de Castro is a Filipina actress and singer, best known for her starring role in the 2008 Philippine television drama romance musical series Kaputol ng Isang Awit. She is also known for her title role in the primetime fantasy series Grazilda. She played Althea Guevarra in the hit television lesbian series, “The Rich Man’s Daughter” alongside Rhian Ramos. As a singer, Glaiza has released four albums: Magbalik Ka (2001), Glaiza (2006), Synthesis (2015), and Magandang Simulain (2017). Born Glaiza Castro Galura on January 21, 1988 in Valenzuela City, Philippines, to musicians parents Cristy and Boy Galura, she has one brother, Alcris, also an actor. She sang in choirs and in a band she formed with her friends while growing up. She began her career in GMA in 2001. 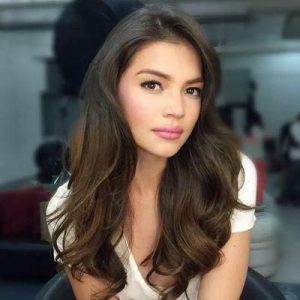 Glaiza de Castro Facts:
*She was born in Valenzuela City, Philippines on January 21, 1988.
*Both of her parents are musicians.
*She has three tattoos; on her right hip, wrist, and nape.
*Visit her official website: www.glaizaredux.ph
*Follow her on Twitter, Facebook and Instagram.