Born Michelle Carmel Barry on August 13, 1973 in Milwaukee, Wisconsin, she began her career as a model and host of various talk shows. Andrews started her career in adult film industry after meeting Jenna Jameson in 1995, during a photo shoot for Hustler magazine in Jamaica. She has appeared in over 390 films as an actress. Apart from that, Andrews has hosted several cable TV shows such as Playboy TV and Talking Blue, which she co-produces. She has also produced and directed a number of feature films, short films, music videos, documentaries and commercials. In February 2008, Andrews retired from adult film industry. 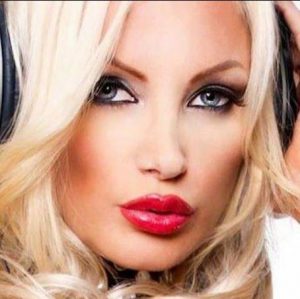 Brittany Andrews Facts:
*She was born on August 13, 1973 in Milwaukee, Wisconsin, USA.
*Her real name is Michelle Carmel Barry.
*She attended the New York Film Acadamy for two years to study producing.
*She used to work in a Milwaukee beauty supply company before starting her career as an exotic dancer.
*She entered the adult film industry in 1995.
*In 2007, she appeared on an episode of The Tyra Banks Show.
*She was inducted into the AVN Hall of Fame in 2008.
*She has her own mainstream film production company Discipline Filmworks, an adult-film production company.
*She owns BritCo Pictures, a studio facility that rents space to adult-film production companies.
*Visit her official website: www.brittanyandrews.com
*Follow her on Twitter, YouTube, Facebook and Instagram.