Bronson Pinchot is an American actor and voice actor. He is best known for his portrayal of Balki Bartokomous on the ABC sitcom Perfect Strangers. He has also appeared in such films as Risky Business, It’s My Party, Beverly Hills Cop, True Romance, Beverly Hills Cop III, Courage Under Fire and The First Wives Club, as well as on television series, such as Lois & Clark: The New Adventures of Superman and Chilling Adventures of Sabrina. In 2012, Pinchot starred in his own reality series, The Bronson Pinchot Project on the DIY Network. Born Bronson Alcott Pinchot on May 20, 1959 in New York City, New York, USA, he belongs to both Italian and Russian descent. He graduated from Yale with full honors. Pinchot first appeared on Broadway in 1990 in ‘Zoya’s Apartment,’ a comedic play at the Circle in the Square theater. 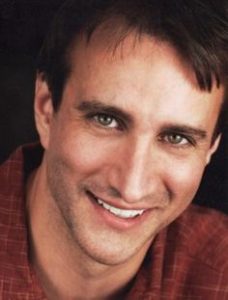 Bronson Pinchot Facts:
*Born on May 20, 1959 in New York City, New York, he is of Italian and Russian descent.
*His father was a drunk who often beat his wife and children.
*He studied drama at Yale University.
*He made his film debut in Risky Business
*He was once engaged to Marcy Walker and Amy Heckerling.
*He collects classical Greek art.