Brooke Hyland is an American dancer and singer, best known for appearing in Lifetime’s reality television series Dance Moms. She finished as a top performer on Dance Moms three times in two seasons. As a singer, she released her debut single “Summer Love Song” in 2012, which reached #9 on iTunes. Born Brooke Marie Hyland on January 30, 1998 in Murrysville, Pennsylvania, to parents Kelly and Randy Hyland, she is the older sister of Josh and Paige Hyland. She began dancing at ALDC when she was 2 years old, and started taking her dancing career seriously when she was 9. After graduating from Franklin Regional High School in 2016, Brooke attended Ohio University to study business. In 2017, she began dating Tristen Rose. She was previously in a relationship with Nolan Betts. 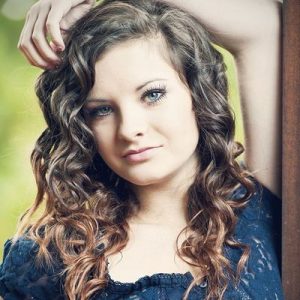 Brooke Hyland Facts:
*She was born on January 30, 1998 in Murrysville, Pennsylvania.
*She is the oldest in her family.
*She performed in Lifetime’s Dance Moms from 2011 to 2014.
*She supports NHL team Pittsburgh Penguins.
*She has a pet dog named Buddy.
*Follow her on Twitter, Youtube, Google+, Facebook and Instagram.