Yuki Saito is a Japanese singer-songwriter, actress, essayist, and poet. She is best known for being a member of LDS Church. She made her singing debut in 1985 with her single release Sotsugyō and her debut album, Axia. Her third single “Hatsukoi” was released on August 21, 1985 as a 7-inch single vinyl record through Canyon Records. The single reached #4 on both the Oricon and The Hitchart Hot 30 charts, and #5 on The Best Ten chart. She was cast in the lead role of Saki Asamiya in the first Sukeban Deka television drama series. Born on September 10, 1966 in Yokohama, Kanagawa, Japan, her brother is the actor Ryūji Saitō. She attended Kanagawa Prefectural Shimizugaoka High School. She has been married to Nobuyasu Isarai since 1994. They have three children. 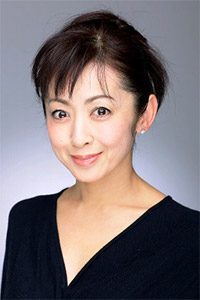 Yuki Saito Facts:
*She was born on September 10, 1966 in Yokohama, Kanagawa, Japan.
*Her father owns an obi shop in Yokohama.
*She has released twenty-one singles and thirteen original albums.
*She used a fake cigarette while filming the 1986 film Koisuru Onnatachi due to her beliefs.
*She is a Mormon.
*Her hobbies include poetry, illustrating, and writing books.