Bryan Dattilo is an American actor. He is best known for his portrayal of Lucas Horton on the NBC daytime soap opera Days of Our Lives. He played Jack in the 2002 American short comedy film Gaydar. He has also appeared as a guest-star in several television series such as Saved by the Bell, CSI: NY, California Dreams, Doogie Howser, M.D., In the Heat of the Night, and Charles In Charge. 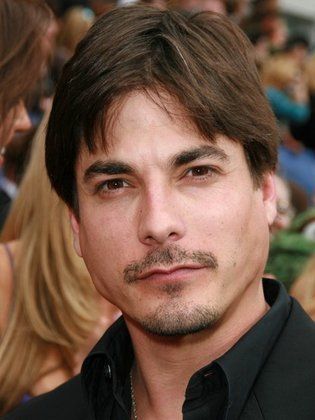 Born Bryan Ronald Dattilo on July 29, 1971 in Kankakee, Illinois, to parents Margaret and Daniel C. “Dan” Dattilo, he is of Italian descent on his father’s side, and of Irish, English, German, and French descent on his mother’s side. He has an older brother and sister and three younger half-sisters. Dattilo graduated in 1989 from Beverly Hills High School, and attended Santa Monica College in Santa Monica and majored in Psychology. He has been married to Elizabeth Cameron since July 12, 2011. He was previously married to Jessica Denay. He has two children.

Bryan Dattilo Facts:
*He was born on July 29, 1971 in Kankakee, Illinois, USA.
*At age 9, he took acting lessons with his sister, Kristin, and landed his first acting role on HBO’s Not Necessarily The News.
*Best known for his role as Lucas Horton on the NBC daytime soap Days of Our Lives.
*He has a black belt in Shotokan Karate & Taekwondo.
*Follow him on Twitter.