Martha Madison is an American actress. She is best known for her role as Belle Black on the NBC daytime soap opera Days of Our Lives. From 2010 to 2014, Madison played Marly Nelson-Foster on the soap opera web series The Bay. She has also appeared in General Hospital, Winterthorne, Passions, Ladies of the Lake, Criminal Minds, A Place Called Hollywood, and Kate and Leopold. 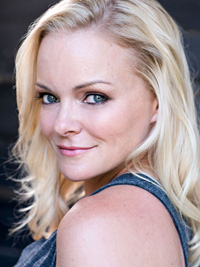 Born Martha Anne Butterworth on July 27, 1977 in Newport News, Virginia, Martha and her two sisters were raised by a single parent, Barbara “Barb” Baggs, who was diagnosed with Multiple Sclerosis when Madison was six years old. She did her schooling from Cypress Creek High School, and graduated from Texas A&M University in 1999 with a degree in psychology. On August 25, 2007, Madison married her longtime boyfriend A.J. Gilbert following a year-long engagement. Together they have one daughter, Charley Elizabeth Gilbert.

Martha Madison Facts:
*Born on July 27, 1977 in Newport News, Virginia, she was raised in Houston, Texas.
*She earned an undergraduate degree in psychology from Texas A&M University.
*She danced with the Peyari Dance Project for two years.
*She served as an ambassador for the National Multiple Sclerosis Foundation.
*Follow her on Twitter, Facebook and Instagram.