Lusia Strus is an American actress of stage and film and writer. She is best known for her role as Alexa, Henry’s ambiguously gendered assistant in the 2004 film 50 First Dates. She played Dr. Xavier on Nickelodeon’s Ned’s Declassified School Survival Guide, and portrayed Janine in Miss Congeniality 2: Armed and Fabulous. She had a recurring role in the FOX television series Wayward Pines. In 2002, Strus was awarded the Joseph Jefferson Award for Actress in a Principal Role in a Play for “Go Away-Go Away” at the European Repertory Company in Chicago, Illinois. Strus currently stars in the TNT drama series Good Behavior, playing Letty’s mother Estelle. Born Lusia Rosalia Strus on December 13, 1969 in Chicago, Illinois, to Ukrainian parents Eugenia and Nicholas Strus, she spoke Ukrainian as her first language. She hraduated in 1991 from Illinois State University with a BS in Theater. She was married to Michael A. Pastorello. 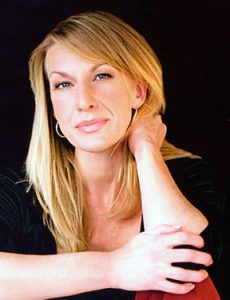 Lusia Strus Facts:
*She was born on December 13, 1969 in Chicago, Illinois, USA.
*She belongs to a Ukrainian family.
*In 2016, she began portraying Letty’s mother Estelle in the U.S. TNT drama series Good Behavior.
*Follow Strus on Instagram.