Violante Placido is an Italian actress, singer and songwriter who played Nadya in the 2011 film Ghost Rider: Spirit of Vengeance, a sequel to the 2007 film Ghost Rider. Placido appeared alongside George Clooney in the 2010 drama-thriller The American. In 2014, she began starring as Caterina Boldieu on Transporter: The Series. Placido released her debut album “Don’t be shy”, whose songs were all written by her, most of them in English, under the pseudonym Viola. 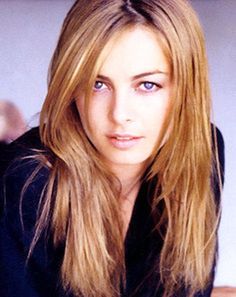 Born Maria Violante Placido on May 1, 1976 in Rome, Italy, she is the daughter of actress Simonetta Stefanelli and actor-director Michele Placido. She is the sister of Michelangelo Placido and Brenno Placido, as well as half-sister of Inigo Placido and Gabriele. She made her screen debut in 1993’s Quattro Bravi Ragazzi, alongside her father Michele Placido. Placido has a son named Vasco with Italian film director, Massimiliano D’Epiro.

Violante Placido Facts:
*She was born on May 1, 1976 in Rome, Italy.
*She is the niece of Donato Placido and Gerardo Amato.
*She made her on-screen debut in 1993 in Quattro bravi ragazzi, alongside her father Michele Placido.
*She played Kate in the 2009 Hindi movie Barah Aana.
*She released her debut album titled Don’t Be Shy… in 2006.
*She made her Hollywood debut in 2010.
*Her favorite movie is Soul Mate (2002).
*She enjoys equestrianism (horseback riding).
*She was once engaged to Fabio Troiano.
*She owns a dog.
*Follow her on Facebook and Instagram.