Cara Seymour is a British actress who has appeared in such films as American Psycho, Gangs of New York, You’ve Got Mail, Hotel Rwanda, Adaptation, Dancer in the Dark, The Savages, and An Education. Seymour played Sister Harriet on the Cinemax medical drama series The Knick, created by Jack Amiel and Michael Begler and directed by Steven Soderbergh. She appeared on stage in the New York Shakespeare Festival production of Caryl Churchill’s The Skriker. 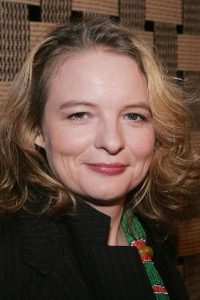 Cara Seymour Facts:
*She was born on January 6, 1964 in Essex, United Kingdom.
*She was raised in a small town just outside of London, England.
*She was nominated for the Awards Circuit Community Award for Best Ensemble as a member of the casts of both Adaptation and An Education (2009).
*She has heterochromia (2 different colored eys) Right eye is brown/green – left eye is green.