Carlos Alcaraz is a Spanish tennis player who is currently ranked as the world No. 1 singles player by the Association of Tennis Professionals (ATP). Turning professional in 2018, Alcaraz made his ATP main draw debut at the 2020 Rio Open, defeating fellow countryman Albert Ramos Viñolas, after receiving a wildcard for the singles main draw. He has won six ATP Tour singles titles, including the 2022 US Open and two Masters 1000 titles. By winning the US Open in September 2022, Alcaraz became the youngest ever men’s world No. 1, at 19 years 4 months and 6 days old; he also became the first teenager to top the men’s rankings. 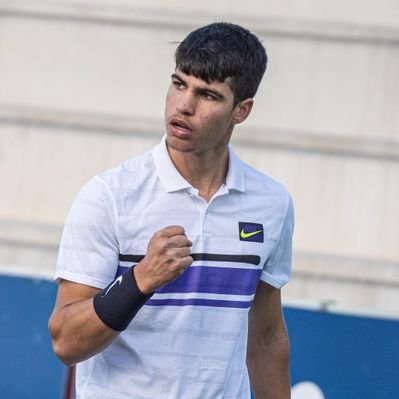 Carlos Alcaraz Facts:
*He was born on May 5, 2003 in El Palmar, Murcia, Spain.
*He turned professional in 2018.
*He made his ATP main draw debut at the 2020 Rio Open at the age of 16.
*At the age of 16, Alcaraz won on his grand slam debut defeating fellow qualifier Botic van de Zandschulp in straight sets.
*Follow him on Twitter and Instagram.