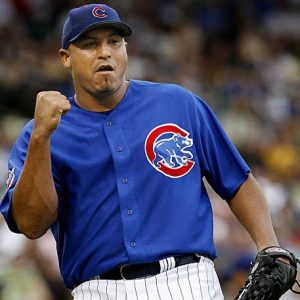 Carlos Zambrano Facts:
*All-star pitcher for the Chicago Cubs
*He had his MLB debut with the Cubs in 2001.
*On September 14, 2008, he pitched a no-hitter against the Houston Astros.