Carolyn Hennesy is an American actress and author who played Rosalyn Harris on the HBO series True Blood. She is known for her role as Diane Miller on the daytime television series General Hospital, for which she received a Daytime Emmy Award nomination. She is also known for her roles on the series Revenge, Jessie and Cougar Town. Hennesy was born on June 10, 1962 as Carolyn Lee Hennesy in Los Angeles, California, USA, the daughter of production designer and art director Dale Hennesy. She has two brothers. She married Donald Agnelli in 2007 but the couple divorced in 2013. 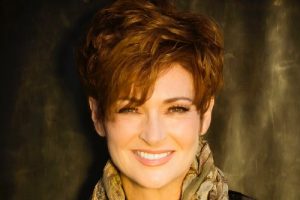 Relationships / Affairs / Boyfriend:
She was in a relationship with Nathan Carlson from 1994 to 2000.

Carolyn Hennesy Facts:
*She is a trapeze artist.
*She performed with the Groundlings and ACME Comedy Theater comedy troupes.
*She is a wildlife conservationist and zoo animal welfarist.
*She is also the producer and host of Animal Magnetism, a radio program featuring zoo professionals.
*Her 2011’s novel “The Secret Life of Damian Spinelli” reached #16 on the New York Times Best Seller list.
*Follow her on Twitter, Facebook, YouTube, and Instagram.