American television personality, actor and designer who rose to prominence in 2003 in the award-winning Bravo TV show Queer Eye for The Straight Guy. Kressley was also the motivational host of the TV show How to Look Good Naked and OWN’s Carson Nation. He also competed on season 13 of Dancing with the Stars and appeared in his own spin-off on Oprah’s network. In 2015, Kressley became a judge on the seventh season of RuPaul’s Drag Race. 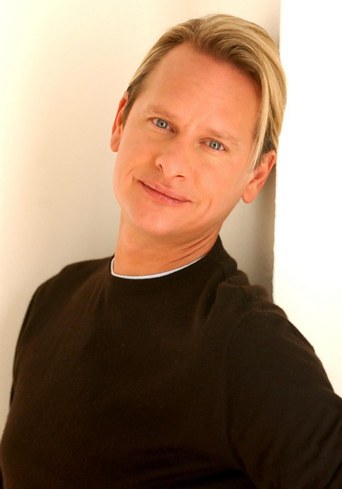 Born Carson Lee Kressley on November 11, 1969 in Allentown, Pennsylvania, to parents Barbara and Willard Kressley, he has a sister named Diana. Kressley graduated from Northwestern Lehigh High School in 1987, and went on to study at Gettysburg College from which he graduated in 1991 with degrees in Finance and Fine Arts. He worked as a stylist for Ralph Lauren for many years before auditioning for Queer Eye.

Carson Kressley Facts:
*He was born on November 11, 1969 in Allentown, Pennsylvania, USA.
*Growing up, he loved riding horses, and won a world championship in the sport in 1999.
*He holds degrees in both Finance and Fine Art
*In 2015, Kressley and Ross Matthews were named as new regular judges for the seventh season of RuPaul’s Drag Race.
*He came out to about his sexuality in 2003.
*Visit his official website: www.carsonkressley.com
*Follow him on Twitter, Facebook and Instagram.