Casey Johnson is an English singer who auditioned for the X Factor in 2014 and became a member of eight-piece band Stereo Kicks alongside Charlie Jones, Chris Leonard, Barclay Beales, James Graham, Tom Mann, Jake Sims, and Reece Bibby. He was also a member of the boy band Union J. Johnson has appeared in E4’s reality series Stage School and the documentary When Kids TV Goes Horribly Wrong. 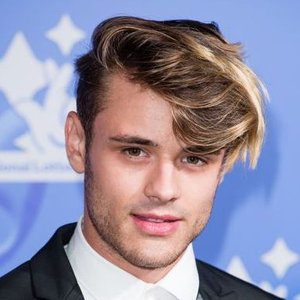 Born Casey Cody Johnson on May 1, 1995 in London, England, he grew up with his older brother, Chet Johnson. He dated singer Betsy-Blue English for two years until their breakup in April 2017. He began dating his Single AF co-star Marnie Simpson later that same year. They have a son together.

Casey Johnson Facts:
*He was born on May 1, 1995 in London, England.
*He appeared in the season four of MTV UK’s reality series Ex on the Beach.
*He was formerly affiliated with the boy band Stereo Kicks.
*He auditioned for The X Factor with a cover of Olly Murs’ song “Please Don’t Let Me Go.”
*He joined the English boy band, Union J in 2016.
*He is a supporter of English football club Tottenham Hotspur.
*Follow him on Twitter and Instagram.