Rumer Willis is an American actress and singer. The eldest daughter of actor Bruce Willis and actress Demi Moore, Willis won season 20 of ABC’s dance competition television series Dancing with the Stars, with her partner Valentin Chmerkovskiy. She has appeared in such films as Hostage, The House Bunny, Sorority Row and Once Upon a Time in Hollywood. Willis played Gia Mannetti in ten episodes of the teen drama television series 90210 and Tory Ash in FOX’s musical drama series Empire. She made her Broadway debut in Chicago as Roxie Hart in September 2015. 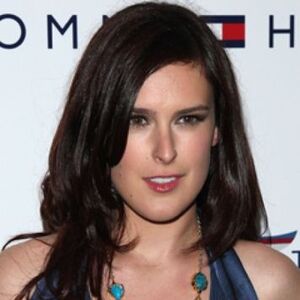 Rumer Willis Facts:
*She was born on August 16, 1988 in Paducah, Kentucky, USA.
*She is of German, English, Scottish, Dutch, French, Welsh, and Irish descent.
*She won season 20 of Dancing with the Stars in 2015.
*Childhood friends with Annie Starke.
*She is close friends with Dakota Johnson.
*She has several tattoos, including wings on her wrist and a feather on her shoulder blade.
*Follow her on Twitter and Instagram.