Charlotte Roche is an English-born German television presenter, producer, actress and author. She is best known for her novel Feuchtgebiete (Wetlands), which was the world’s best-selling novel at Amazon.com in March 2008. In 2006, Roche starred in the German film Eden, directed by Michael Hofman. Currently, she is hosting the cult music program “Fast Forward” on VIVA and “Charlotte Meets…” on Pro7. Born Charlotte Elisabeth Grace Roche on March 18, 1978 in High Wycombe, England, Roche’s mother Liz Bush, an artist, has been married four times and has six children; her father works as an engineer. Her parents divorced when Roche was five years old. She left school after the 11th grade, at the age of seventeen and formed a rock band called The Dubinskis with three female friends. In 2001 Roche’s three brothers died in a car crash on their way to her wedding in England. In 2007, Roche got married to German media entrepreneur Martin Keß and was previously married to television producer Eric Pfeil, with whom she had a daughter named Polly. 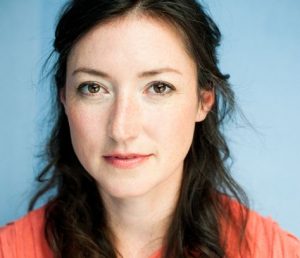 Charlotte Roche Facts:
*She was born on March 18, 1978 in High Wycombe, England, UK.
*She was raised in Germany.
*She was five years old when her parents divorced.
*She left home in 1993, and formed the garage rock group The Dubinskis with three female friends.
*She lost her three brothers in a car accident on the way to her wedding in England in June 2001.
*She appeared on the cover of Emma magazine in May 2001.
*Her daughter Polly Pfeil is named after the Nirvana song “Polly”.
*She ranked #2 in ‘Neon’ Magazine’s list of 100 most important young Germans. (Issue 1, September 2003)
*In 2006 she appeared on the single “1. 2. 3. …” with German musician Bela B., from Bela’s debut album Bingo.
*She is a supporter of German soccer club Schalke 04.
*Visit her official website: www.charlotteroche.de
*Follow her on Instagram.