Lucy Watson is a British socialite, model and reality television personality, best known for appearing in E4 constructed reality series Made in Chelsea. She is the founder of ‘Creature Jewellery’, which features pieces inspired by animal and nature. Born on February 20, 1991 in Manchester, England, United Kingdom, to parents Fiona Lygo and Clive Watson, she has a younger sister named Tiffany. Lucy was educated at St. Catherine School in Bramley and Godalming College. She came into the public eye through the E4 constructed reality show Made in Chelsea. In 2015, she began dating reality TV star, James Dunmore. Previously, she dated Spencer Matthews, Jamie Laing, and Oliver Proudlock. 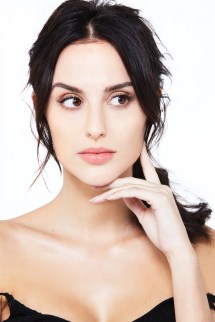 Lucy Watson Facts:
*She was born on February 20, 1991 in Manchester, England, United Kingdom.
*She became vegetarian when she was six years old.
*She joined the award-winning structured reality series Made in Chelsea in 2012.
*She has her own brand of jewelry under the label of ‘Creature Jewellery’, a collection of pieces inspired by nature and animals.
*In 2014, she published her book, “The Dating Game.”
*She has a dog, Digby.
*Visit her official website: www.lucy-watson.com
*Follow her on Twitter, YouTube, Facebook and Instagram.