Lisa George is an English actress who portrays the role of Beth Tinker on ITV soap opera Coronation Street, for which she earned a 2012 TV Choice Award nomination. George’s other notable works include The Illustrated Mum, Prisoner: Cell Block H, Casualty, Holby City and Emmerdale. Born on October 15, 1973 in Grimsby, England, to parents Muriel and Kenneth, Lisa studied at the Royal Welsh College of Music and Drama and performed in a stage musical version of Prisoner: Cell Block H in 1997. 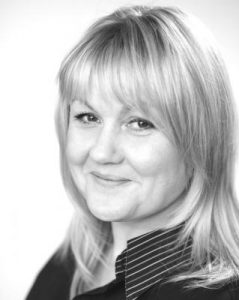 Lisa George Facts:
*She was born on October 15, 1973 in Grimsby, England, UK.
*She attended Royal Welsh College of Music and Drama.
*She made her television debut in 1994 in a episode of The Bill.
*She is currently playing Beth Tinker in Coronation Street, a role she has portrayed since 2011.
*She first portrayed a nursing colleague of Martin Platt for five episodes before returning in 2005 as a police family liaison officer. (Coronation Street)
*She appeared in an advertisement for fast food restaurant KFC in 2005.