Cheryl Burke is an American dancer, model and television host. She is best known for her appearances in the reality dance competition, Dancing with the Stars. She has won season 2 and season 3 of the TV show “Dancing With The Stars” and become the first woman professional to win the show. She is also the first professional to win the show twice and that too consecutively. Born Cheryl Stephanie Burke in San Francisco, California, on May 3, 1984, to Sherri and Stephen Burke, she was raised in Atherton, California. Her father is of Irish and Russian descent while her mother is Filipino. She began training in ballet at the age of 4 and at the age of 11 began ballroom dancing. She is a 2000 graduate of Menlo-Atherton High School. 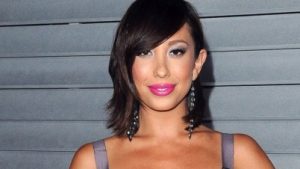