Chirag Vohra is an Indian actor of stage, film and television. He is known for his roles in the films Tere Bin Laden, Billu, Hey Baby, The Rising of Mangal Pandey, Jaago and Rahena Hai Tere Dil Mein. As a theater artist, he is famous for his role of Phoolmani in the play Master Phoolmani. He also played remarkable roles in Gandhi Ke Godse and Kishan vs Kanhaiya. Vohra played as Bhushan Bhatt in the drama web-series Scam 1992 – The Harshad Mehta Story (2020). 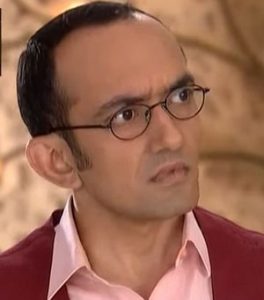 Chirag Vohra Facts:
*He was born in 1970.
*He played the role of Bhaiya in the daily comic serial Bhai Bhaiya Aur Brother.
*He portrayed the role of Bhushan Bhatt in the drama web-series Scam 1992 (2020).
*He married Purvi Vohra in 2015. They have a son together.
*Follow him on Facebook.