Phil X is a Greek-Canadian musician and songwriter, best known as the lead guitarist of the Grammy Award-winning rock band Bon Jovi. He is also notable for his work with artists like Rob Zombie and Alice Cooper. Born Phil Theofilos Xenidis on March 10, 1966 in Toronto, Canada, he got into music because of his late father, Peter Xenidis, who played a Greek instrument called the bouzouki. Since June 1, 2013, he has been married to Lindy Green with whom he has two children. He was previously married to Ninette Terhart. 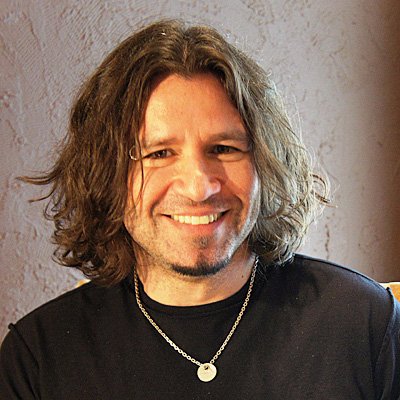 Phil X Facts:
*He was born on March 10, 1966 in Toronto, Canada.
*He originally formed the hard rock/heavy metal band Sidinex in 1982.
*He has played lead guitar with Bon Jovi since 2011 and officially replaced former lead guitarist Richie Sambora in 2016.
*He wrote the single “Tired” for Tommy Lee’s solo album Tommyland: The Ride.
*He has his own signature amplifier, the Friedman X.
*Visit his official website: www.philx.tv
*Follow him on Twitter and Instagram.