English actor Chiwetel Ejiofor Biography, Family, Height, Weight, Age, Measurements will be discussed here. Chiwetel Ejiofor’s personal details can be checked here. He played Solomon Northup in 12 Years a Slave, for which he received Academy Award and Golden Globe Award nominations, along with the BAFTA Award for Best Actor. 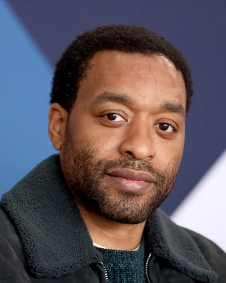 Chiwetel Ejiofor is an English actor. He is best known for playing Okwe in the 2002 film Dirty Pretty Things, Solomon Northup in the 2013 film 12 Years a Slave, and for playing the title role in the William Shakespeare’s play Othello in 2007. In 2002, Ejiofor starred in Dirty Pretty Things, for which he won the 2003 British Independent Film Award. He starred as Scar in the 2019 live-action remake The Lion King.

Born Chiwetel Umeadi Ejiofor on July 10, 1977 in Forest Gate, London, England, to Nigerian parents, Arinze Ejiofor, a doctor, and Obiajulu (Okaford), a pharmacist, his younger sister, Zain, is a CNN correspondent. His other sister Kandi is a GP doctor.

Chiwetel Ejiofor Facts:
*He was born on July 10, 1977 in Forest Gate, London, United Kingdom.
*His father died in a car accident when Chiwetel was 11 years old.
*He started acting in school plays when he was thirteen.
*At age 18, he played Othello at the Bloomsbury Theatre.