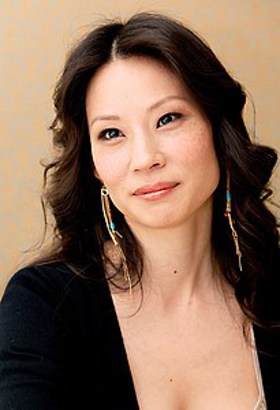 Lucy Liu is an American actress, producer, and artist. She is best known for television roles as Ling Woo on Ally McBeal, Joan Watson on Elementary, Amy Li on Pearl, and Simone on Why Women Kill. She starred as Alex Munday in two Charlie’s Angels films. Other notable acting roles include O-Ren Ishiiin Kill Bill: Volume 1, Kitty Baxter in Chicago, Pearl in Payback, Princess Pei Pei in Shanghai Noon, Lindsey in Lucky Number Slevin, Madame Blossom in The Man with the Iron Fists, and Kirsten Stevens in Set It Up. Also a voice artist, Liu voiced Viper in the animated film Kung Fu Panda and Silvermist in Disney’s Tinker Bell film series.

Born on December 2, 1968 in Jackson Heights, New York, her father, Tom Liu, a civil engineer, is from Shanghai and her mother, Cecilia, a biochemist, is from Beijing. Liu graduated from Stuyvesant High School in 1986 and attended New York University for a year. Liu was discovered by an agent at the age of 19, while traveling on the subway.

She briefly dated Noam Gottesman in 2010. On August 27, 2015, Liu welcomed a son named Rockwell via a surrogate.

Lucy Liu Facts:
*She was born on December 2, 1968 in Jackson Heights, New York, USA.
*She is the youngest of three children.
*She learned to speak Mandarin at home and began studying English when she was five.
*She became the first Asian-American female to host Saturday Night Live in 2000.
*She is fluent in Mandarin Chinese and English.
*She is good friends with Cameron Diaz, Drew Barrymore, Rhea Perlman and her husband Danny DeVito.
*She enjoys rock climbing, skiing, and horseback riding in her free time.
*Visit her official website: www.lucyliu.net
*Follow her on Twitter, Facebook and Instagram.