Chloe Lukasiak is an American actress and dancer, best known as a dancer at Lifetime’s reality TV series Dance Moms. She won a 2015 Teen Choice Award for “Choice Dancer”. As an actress, she has appeared in the films Next Level (2019) and The Message (2020). Born Chloe Elizabeth Lukasiak on May 25, 2001 in Churchill, Pennsylvania, to parents Christi and Marc Lukasiak, she has a younger sister named Clara. Lukasiak began taking dance lessons at the Abby Lee Dance Company at age two. She dated pop singer Ricky Garcia from 2015 to 2016. 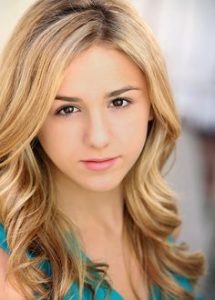 Chloe Lukasiak Facts:
*She was born on May 25, 2001 in Churchill, Pennsylvania, USA.
*She performs in jazz, contemporary dance, lyrical dance, and pointe.
*Cast member of Lifetime’s reality television series Dance Moms from season 1 to 4.
*She competed with the ALDC from age four to age thirteen.
*She is best friends with dancer Paige Hyland, singer/actress/dancer Nia Sioux, and actress Bailee Madison.
*She is allergic to cats and horses.
*She has asthma.
*She has a pet dog named Maggie.
*Visit her official website: www.officialchloelukasiak.com
*Follow her on Twitter, YouTube, Facebook and Instagram.