Chris Brown is an American hip-hop and R&B artist whose debut self-titled album, ‘Chris Brown,’ went double-Platinum and his single “Run It!” reached #1 on the U.S. charts in 2005. His 2011 album “F.A.M.E.” sold 270,000 copies in the first week, and hit #1 on the U.S. Billboard, also earned him three Grammy Award nominations at the 54th Grammy Awards for Best R&B Album, Best Rap Performance and Best Rap Song for “Look at Me Now”. Chris Brown was born Christopher Maurice Brown on May 5, 1989 in Tappahannock, Virginia, the son of Clinton Brown, a corrections officer at a prison, and Joyce Hawkins, a day care center director. He has one sister, Lytrell Bundy. 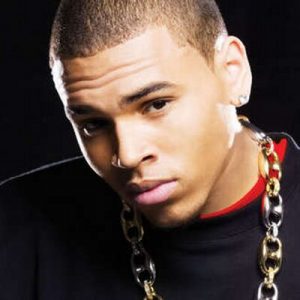 Relationships / Affairs / Girlfriend:
He was in a relationship with Rihanna until they had a domestic dispute at a pre-Grammy Awards party in early February 2009.
He was in a relationship with American model Karrueche Tran from 2010 to 2015.
He had an affair with Nia Guzman-Amey in September 2013. During this time, Nia got pregnant and gave birth to a daughter named Royalty on June 17, 2014.
In 2015, he dated model Ammika Harris. They broke up in July 2016.
In January 2017, he began dating another model Vanessa Vargas.

Chris Brown Facts:
*He was inspired by Michael Jackson and Stevie Wonder.
*His music and dancing has been compared to that of Michael Jackson.
*He taught himself to sing and dance at a young age and was involved in his church choir and several local talent shows.
*Friends with Lil’ Wayne.
*Follow Chris on Twitter, Facebook, Myspace, YouTube, and Instagram.