Chris Geere is a British actor. He is most famous for his portrayal of Jimmy Shive-Overly on the FXX hit comedy series You’re the Worst. He is also known for his role as Matt Wilding on the BBC series Waterloo Road. His other television credits include Bombshell, Family Affairs, The Spa, and Modern Family. His film credits include Cleanskin, After Earth, The Last Showing, Urge, The Festival, and Pokémon: Detective Pikachu. Born Christopher William Geere on March 18, 1981 in Cambridge, Cambridgeshire, England, UK, he grew up in the Winchester area of Hampshire. He was educated at Perins School. He had his first acting role on the mini-series, Band of Brothers in 2001. He has been married to Jennifer Sawdon since 2010. They have a son together. 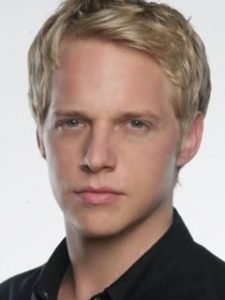 Chris Geere Facts:
*He was born on March 18, 1981 in Cambridge, Cambridgeshire, England, UK.
*He made his acting debut in 2001.
*He was in a Euro pop band called Frisco when he was was 17.
*He is married to singer-songwriter and pianist, Jennifer Sawdon with whom he has one son, Freddie.
*Follow him on Twitter and Instagram.