Chrishell Stause is an American actress. She is best known for her portrayal of Amanda Dillon on the ABC soap opera All My Children, and for her role as Jordan Ridgeway on the NBC soap Days of Our Lives. In 2019, Stause began starring in the Netflix reality show Selling Sunset. 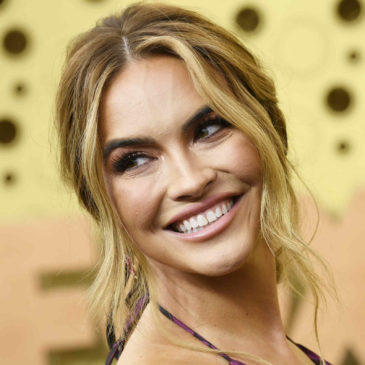 Born Terrina Chrishell Stause on July 21, 1981 in Draffenville, Kentucky, to parents Ranae and Jeff Stause, she has four sisters. In 2003, Stause graduated with a theater degree from Murray State University. Stause was engaged to Matthew Morrison from December 2006 to 2007. In October 2017, she married actor Justin Hartley, but they divorced in February 2021. She briefly dated dancer Keo Motsepe.

Chrishell Stause Facts:
*She was born on July 21, 1981 in Draffenville, Kentucky, USA.
*Her father died died on April 21, 2019 from lung cancer.
*She is part Japanese and Spanish.
*She played Amanda Dillon in the ABC soap opera All My Children from 2005 to 2011.
*She played Jordan Ridgeway in Days of Our Lives from 2013 to 2015.
*In 2016, she joined the cast of The Young and the Restless as Bethany Bryant.
*She is a huge fan of the Dodgers and NASCAR.
*She has a dog named Presley.
*Visit her official website: www.chrishell.com
*Follow her on Twitter and Instagram.