American actress and singer who won two Tony Awards for her work in the Broadway musicals 42nd Street and Grey Gardens. From 2012 to 2014, Ebersole played Carol Walsh on the TBS sitcom Sullivan & Son and earned an Emmy Award nomination for her work in One Life to Live. Her other notable television credits include The Cavanaughs, Rachel Gunn, R.N., Related, Royal Pains, and Retired at 35. Ebersole’s film credits include Tootsie, Amadeus, Three Men and a Baby, Mac and Me, My Girl 2, The Big Wedding, Richie Rich, Black Sheep, and My Favorite Martian. 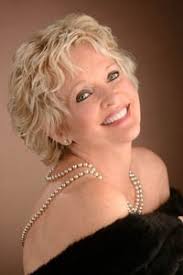 Born on February 21, 1953 in Winnetka, Illinois, to parents Marian and Robert Ebersole, her ancestry includes Swiss-German, German, English, Irish, and distant Dutch. Ebersole was educated at New Trier High School and MacMurray College in Jacksonville, Illinois, and studied at New York’s American Academy of Dramatic Arts. She adopted her three children with her second husband Bill Moloney. She was previously married to Peter Bergman.

Christine Ebersole Facts:
*She was born on February 21, 1953 in Winnetka, Illinois, USA.
*She is the aunt of actress Janel Moloney through marriage.
*She was a cast member of Saturday Night Live from 1981 to 1982.
*She won the 2007 Tony Award for Best Actress in a Musical for her work in “Grey Gardens”.
*She currently resides in Maplewood, New Jersey, with her family.