Shane West is an American actor and singer-songwriter. He is best known for starring as Eli Sammler in the ABC family drama Once and Again, Landon Carter in A Walk to Remember, Darby Crash in What We Do Is Secret, Dr. Ray Barnett in the NBC medical drama ER, Michael Bishop in The CW spy drama Nikita and Bane in the Fox superhero drama Gotham. From 2014 to 2017, West starred as John Alden in the WGN fantasy adventure historical drama Salem. Aside from acting, West has performed with punk rock band the Germs, Jonny Was, and the Twilight Creeps. 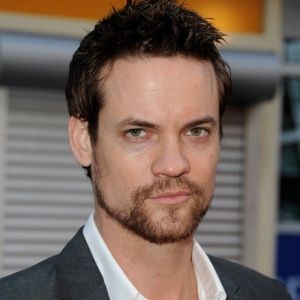 Born Shannon Bruce Snaith on June 10, 1978 in Baton Rouge, Louisiana, to parents Leah and Don Snaith, he is the eldest of three children with a sister Simone and a half-sister Marli Ann. West gained an appreciation for acting after being forced to take a drama class in high school. He was in a relationship with actress Rachel Leigh Cook from 1997 to 2003.

Shane’s father was born in Jamaica, of English, Sephardi Jewish (from Spain and Portugal), and distant Scottish, ancestry. Shane’s mother is from a Cajun family long resident in Louisiana (she is of French, and distant Spanish, descent).

Shane West Facts:
*Born on June 10, 1978 in Baton Rouge, Louisiana, both of his parents are musicians and had their own punk bands.
*His parents divorced when he was four years old.
*He played Dr. Ray in ER and Darby Crash in What We Do Is Secret.
*He was the lead vocalist of punk rock band Jonny Was for “seven or eight years”.
*He is a sports enthusiast and avid supporter of the New Orleans Saints and LSU Tigers Football Team.
*He is good friends with Maggie Q.
*Follow him on Twitter, Facebook and Instagram.