Christopher Massey is an American actor, comedian and rapper. He is best known for his portrayal of Michael Barret on Nickelodeon’s Zoey 101. He has also appeared as a guest-star in several television series such as Everybody Hates Chris, The District, The Electric Company, and Switched at Birth. 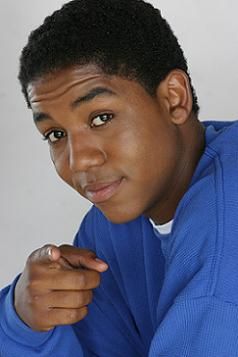 Christopher Massey Facts:
*He was born on January 26, 1990 in Atlanta, Georgia, USA.
*He is the older brother of actor Kyle Massey.
*He appeared in several commercials in the early 2000s.
*He first appeared on the small-screen at age 12 in an episode of the television show The Parkers.
*He played Michael Barret in the Nickelodeon television series Zoey 101 from 2005 to 2008.
*He is a StarPower Ambassador for the Starlight Children’s Foundation.
*In July 2020, he announced his engagement to Bria Miller on Instagram.
*Follow him on Twitter, SoundCloud, TikTok, and Instagram.