Sarah Wayne Callies is an American actress. She is best known for her portrayal of Sara Tancredi on Fox’s Prison Break, and for her role as Lori Grimes on AMC’s The Walking Dead. She played Katie Bowman in USA Network’s Colony and Robin Perry in NBC’s Council of Dads. Her notable film credits include Whisper, Black Gold, and The Show. 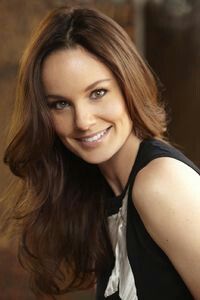 Born on June 1, 1977 in La Grange, Illinois, to parents Valerie Wayne and David E. Callies, Sarah grew up in Honolulu, Hawaii. She did her schooling from Punahou High School in Honolulu, Hawaii, and graduated from Dartmouth College (in Hanover, New Hampshire) in 1999 with an undergraduate emphasis in Feminist Studies and a Senior Fellowship in Indigenous Theology. In 2002, Sarah graduated from Denver’s National Theater Conservatory with a Master of Fine Arts. She married Josh Winterhalt in 2002. They have two children.

Sarah Wayne Callies Facts:
*She was born on June 1, 1977 in La Grange, Illinois, USA.
*She earned a Master of Fine Arts from the National Theater Conservatory in Denver, Colorado.
*She was voted one of Maxim’s The Hottest Women of Fall TV 2008.
*She speaks basic Hawaiian and enjoys traditional Hawaiian music.
*She enjoys dancing the Argentine tango and has taken up low-flying trapeze.
*She is close friends with her Prison Break co-star, Wentworth Miller.
*Follow her on Twitter, Facebook and Instagram.