Claire Holt is an Australian-American actress. She is best known for starring as Emma Gilbert in H2O: Just Add Water, Samara Cook in Pretty Little Liars, Rebekah Mikaelson in The Vampire Diaries, and its spinoff series The Originals and Kate in the 2017 survival horror film, 47 Meters Down. Holt played Penny in the 2012 American comedy-drama Blue Like Jazz. Born Claire Rhiannon Holt on June 11, 1988 in Brisbane, Queensland, Australia, to parents Ann and John Holt, her siblings are Madeline, Rachel, and David. Holt graduated from Stuartholme School in Toowong in 2005. On August 18, 2018, Holt married her boyfriend of 13 months Andrew Joblon following a 8-month-long engagement. They have two children. She was previously married to Matt Kaplan. 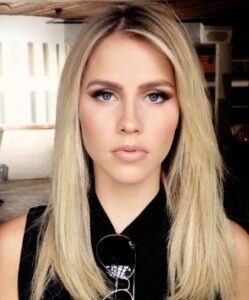 Claire Holt Facts:
*She was born on June 11, 1988 in Brisbane, Queensland, Australia.
*Her father has 9 siblings. She has 40 cousins.
*She is involved in several sports: volleyball, swimming, water polo, and Tae-Kwon-Do.
*She has a black belt in tae kwon do.
*She enjoys singing and was in the school choir, she also enjoys playing the guitar and the piano.
*She made her debut as Rebekah in The Vampire Diaries.
*She best friends with Phoebe Tonkin, and very close friends with her The Vampire Diaries co-star, Paul Wesley.
*She has a tattoo on her left foot, that says ‘gratitude’.
*She is a fan of the Harry Potter book series.
*She ranked #45 in 2012 and #30 in 2013 in Buddy TV’s 100 Sexiest Women in the World editions.
*She dated Rafi Gavron in 2009.
*Follow her on Twitter, Facebook and Instagram.