Lee Pace is an American actor. He is best known for his portrayal of Thranduil the Elvenking in The Hobbit trilogy, and for his role as Joe MacMillan on AMC’s Halt and Catch Fire. Pace is also notable for starring as Aaron Tyler in the acclaimed but short-lived 2004 television series Wonderfalls, Calpernia Addams in the drama film Soldier’s Girl, and Ronan the Accuser in the Guardians of the Galaxy. He earned an Emmy Award nomination for his portrayal of Ned in the ABC comedy-drama Pushing Daisies. Born Lee Grinner Pace on March 25, 1979 in Chickasha, Oklahoma, to parents Charlotte and James Roy Pace, his ancestry includes English, Scottish, German, and Welsh. Pace graduated from Klein High School outside of Houston, Texas and graduated with a Bachelor of Fine Arts degree from Juilliard School. 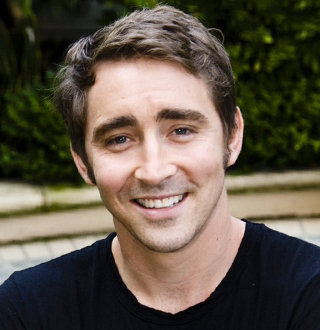 Lee Pace Facts:
*Born on March 25, 1979 in Chickasha, Oklahoma, he has two siblings named William and Sally.
*He graduated with a BFA from Juilliard.
*He made his acting debut in a 2002 episode of the television series Law & Order: Special Victims Unit.
*He lost 25 pounds for his role in Soldier’s Girl.
*He was named #14 on Entertainment Weekly’s ’30 Under 30′ the actors list in 2008.
*He was named #32 on Empire Magazine’s “100 Sexiest Movie Stars” in 2013.
*He has a Pointer dog named Carl.
*He enjoys travelling.
*He is good friends with Matt Bomer.
*He enjoys skydiving.
*Follow him on Twitter and Instagram.