Clara Lago is a Spanish actress. She is best known for her starring role as Carol in the 2002 film Carol’s Journey, for which she was nominated for a Goya Award for Best New Actress. She played Helena in the 2017 science fiction romantic film Orbiter 9. For her work in the film The Hidden Face, she won the Shooting Stars Award by the ICAA for the European Film Academy and the Berlin International Film Festival in 2011. Her 2014 comedy film, Spanish Affair, broke Spanish box-office records, becoming the top-grossing Spanish title of all time with more than $75 million in sales and sitting. Her television credits include Compañeros, Hospital Central, Los Hombres de Paco, LEX and El corazón del océano. Born Clara Lago Grau on March 6, 1990 in Madrid, Spain, she has one brother, Guillermo Lago Grau. She made her film debut in 2000 at age 9 with the Spanish film Terca Vida. She has been in a relationship with actor and comedian Dani Rovira since 2013. She was previously in a relationship with Ferran Vilajosana. 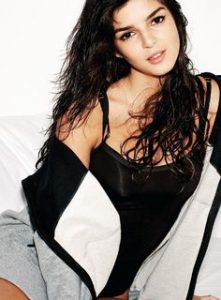 Clara Lago Facts:
*She was born and raised in Torrelodones, Madrid, Spain.
*She speaks English and Spanish fluently.
*She was named as one of European films’ Shooting Stars by European Film Promotion in 2011.
*Follow her on Twitter, Facebook and Instagram.