Claudia Ciesla is a Polish-German actress and model who appears mainly in the Indian film industry. She has appeared in such films as Karma: Crime. Passion. Reincarnation, 10:10, Yaar Pardesi, and Kyaa Kool Hain Hum 3. She was also a contestant on the Indian reality television series Bigg Boss. She appeared in an episode of Zor Ka Jhatka: Total Wipeout in December 2010. Born on February 12, 1987 in Wodzislaw Slaski, Slaskie, Poland, to a Polish father and German mother, she has two older sisters. Ciesla began her modeling career when she was 15. In March 2006, she won a modeling competition which allowed her to take place in the Germany’s Super Girl pageant in 2006. 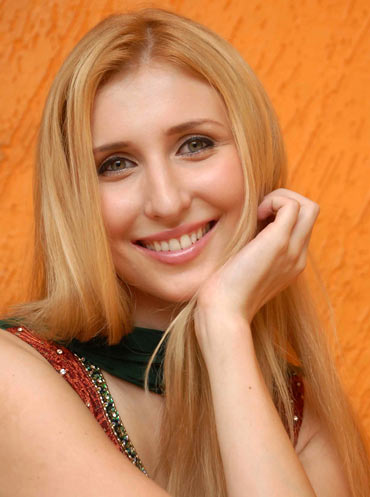 Claudia Ciesla Facts:
*Born on February 12, 1987 in Wodzislaw Slaski, Slaskie, Poland, her mother is German and her father is Polish.
*She started modeling at the age of 15.
*She began her acting career in 2007 starring as in the web series Beach House.
*She is a fan of Yorkshire football team Leeds United.
*She enjoys movies, traveling, reading, and horse riding.
*She was chosen by Bild as the Football/Soccer Worldcup Girl 2006.
*Visit her official website: www.cclaudia.net
*Follow her on Facebook, Twitter, YouTube and Instagram.